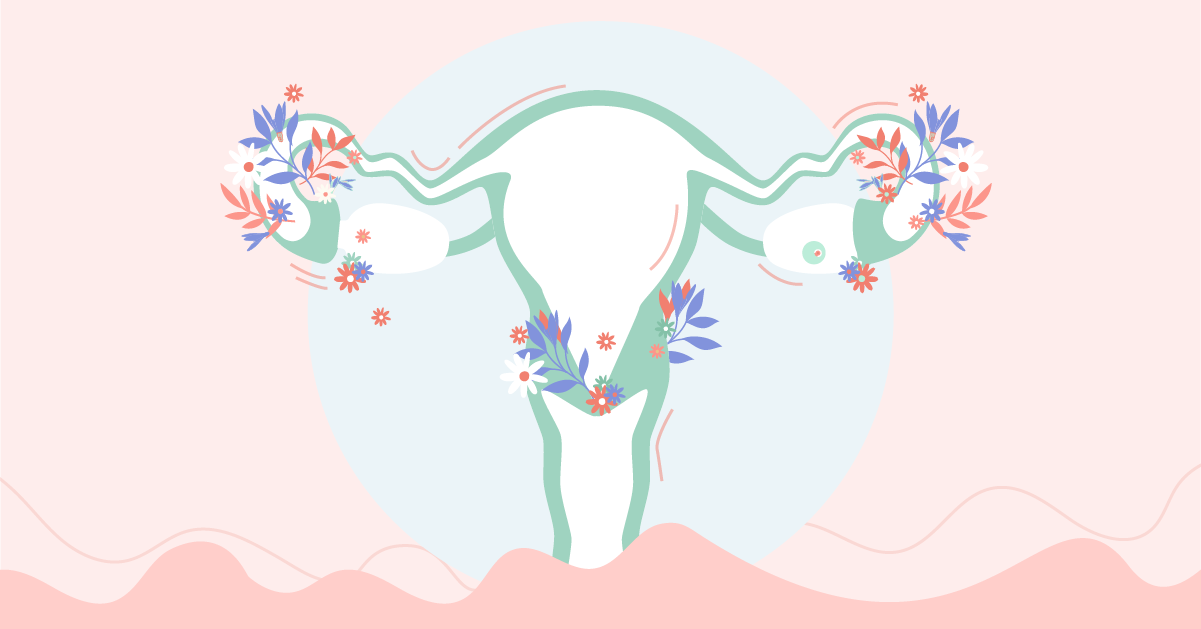 The internal female reproductive anatomy consist of organs such as the uterus, fallopian tubes and ovaries. The uterus is a pear shaped organ which is the home for the baby to grow. Ovaries come in a pair to produce an egg and generate female reproductive hormones which are essential for the sexual development. Fallopian tubes are long tube-like structures on both sides of the uterus.

Females attain menarche by 10 – 16 years of age. Then, under the influence of hormones, every month the uterus prepares itself for a possible pregnancy. The average female menstrual cycle lasts upto 28 days and it includes 2 phases in the ovaries and the uterus.

The first day of the period is considered Day 1 of the cycle. Starting from this day in the follicular phase, under the influence of female sexual hormones released from the pituitary, 10 – 12 follicles develop in the uterus and one of them becomes the dominant follicle and releases oestrogen. The dominant follicle thus matures, suppresses the growth of other follicles and continues releasing oestrogen.

This rise in oestrogen level will cause a surge of luteinizing hormone (LH) release from pituitary, which leads to ovulation i.e. the release of the egg from the ovary. Once it is released it is captured by the finger-like projections of the fallopian tube called ‘fimbriae’ and enters the tube.

Once the egg is released from the ovary, the empty follicle becomes a corpus luteum (a collection of cells that release progesterone) and prepares the uterus for the implantation of the fertilised egg.

As the follicle grows and develops in the ovary, the uterus also prepares itself in a similar manner. Under the influence of oestrogen released by the follicles, the uterus lining thickens in order to implant the embryo for fertilisation. This is called the proliferation phase of the uterus and coincides with the latter part of the follicular phase in the ovary.

After ovulation occurs, the corpus luteum produces the progesterone hormone which causes secretory changes in the endometrium, making it more receptive for implantation of the embryo.

Now the female reproductive system has prepared the body for pregnancy. The result depends on whether the sperm reaches the egg or not. If intercourse takes place and the sperm meets the egg in the tube, the fertilisation is a success. The embryo will travel down the tube and get implanted in the uterus.

If fertilisation doesn’t take place, the hormones experience withdrawal and your period would start. This is the basis for menstrual blood, it’s nothing but the shedding of your endometrial lining.

Isn’t it wonderful to know how the female reproductive system works? Your body goes through so many changes without you noticing every month, to facilitate pregnancy. This basic knowledge is also essential to plan a pregnancy or avoid an unwanted one. A better understanding of your body will help you make the decision you want better!

Our experts work round the clock to provide you with the answers that you are looking for. If you have any, leave it in the comment section below or send us a DM at @nuawoman. This is a safe space so don’t hold back on any doubts you may have about your body and mind. Read all of Dr. Alluri’s other articles here.

How to improve sex drive after childbirth

Can your period flow change with age?

Improve your gut health with the right diet