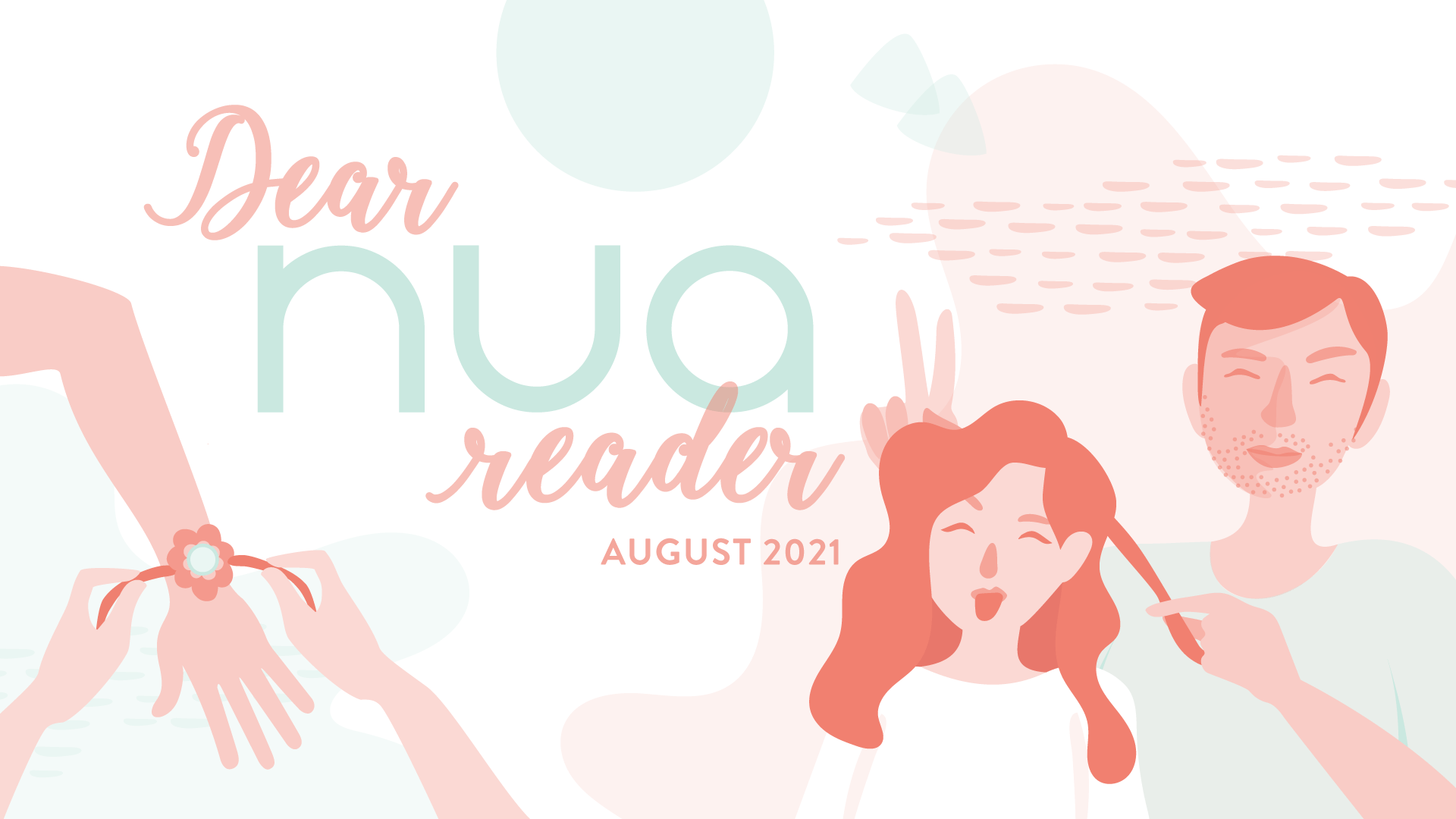 I was only 11 when I got my first period. We hadn’t had that sex-ed class in school yet, so I was underprepared and clueless. All I knew about periods was what I saw in advertisements, and I found it pretty funny that women had blue stuff coming out of them occasionally. My cartoon obsessed mind was ecstatic though; I thought this would one day make me part-Smurf.

So when I saw red (and NOT blue) stuff on my underwear that day – as cliché as it sounds – I thought my time on the planet was up.

I was only 11. But apparently not too young for drama.

Which means when I had to have “the talk”, so did he.

I’m naturally biased about my family, but looking back, what I think was amazing was that our parents said to him, “You need to know about this. Today, it’s your sister. Tomorrow, it could be your classmate. And you should be able to help her if she needs it.”

And innocently, I thought all families functioned like this.

Our relationship has always been unique – we took turns to protect each other.

Him, when I was down and out for a few days a month and couldn’t play-fight with our usual rigour. And me, if anyone, and I mean anyone, said one bad word to him. Even with our own mother, I became his Mother India. She had to get through me to get to him.

So Rakshabandhan for us, was more of a gesture than a promise. I tied him the ugliest rakhi I could find in the market and he gave me a gift that I probably picked out myself. Then we ate till we passed out.

As we grew up, the gift became cash. And unsolicited advice… in questionable handwriting.

This Rakshabandhan at Nua got us thinking – what’s your relationship with your brother like? Whether he’s your best friend or is just an annoying roommate, do you talk about big stuff? Love, hardships, ambition… menstruation?

Do you even want to talk to him about it?

We talk about it with you a lot, but lately we’ve been feeling – doesn’t real change happen only when everyone is involved? So are we ready to involve boys and men?

What do you say, should we invite them to the community?

Sharana looks after Nua's content and community team. She loves traveling, learning new dance forms, and is obsessed with wildlife, particularly elephants. On most Sundays, you can find her with her nose in a book at Kala Ghoda Cafe in Mumbai. She is also a self-proclaimed storyteller, but most people want her to stop talking.
Articles