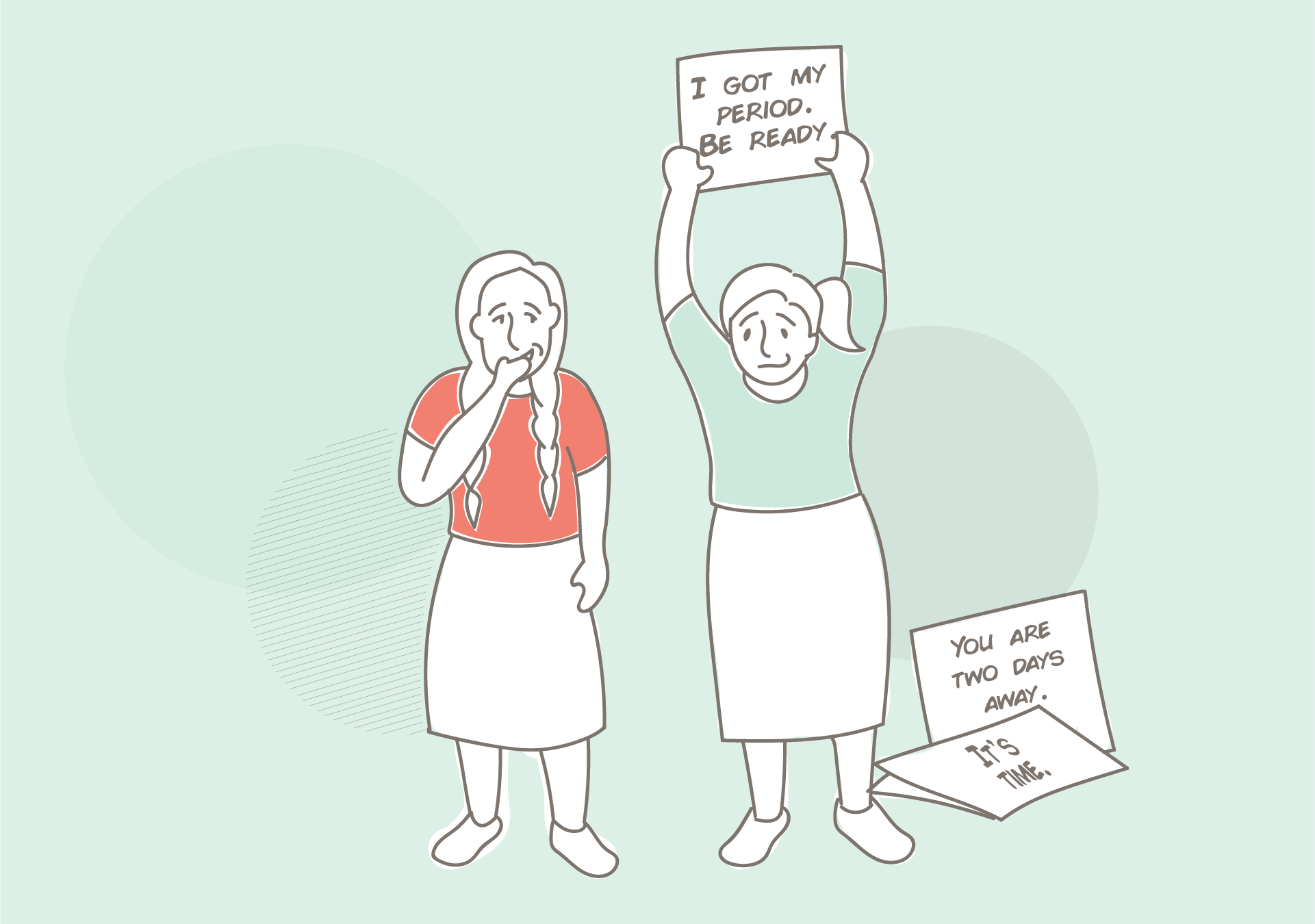 To my very first period tracker – my best friend

My best friend in school had a habit. She would often wait outside the classroom, and right when the teacher called out my name, she imitated my voice and yelled out, “Present, Ma’am!”. Of course, the teacher always found out and then punished both of us – her for feigning, me for being late to class (every single time). The favour was always returned by me to my best friend in the form of protection. Any bully in school had to walk over me to get to her or any boy would find his cycle’s tire punctured if he ever broke her heart.

Friendship between two women, with all its playfulness and sometimes hiccups, is always a unique affair. My best friend was nothing less of an older sister to me. She was the one who first told me that, “People don’t bite! Please make a few friends. It’s healthy.” She was the one with whom I solved complicated math problems and experimented with light, chemicals, and everything available in the school laboratory. She was the one who accompanied me to the “Punishment Room” – a room situated on a remote part of the school usually used by teachers to punish naughty children – and made up stories about blue fairies. And she was the one who introduced me to periods.

Although I got my periods much later, our bodies soon managed to synchronise in a perfect pattern.

In fact, she became my period tracker even before any of the period-tracking apps were invented. That was one of the subtle joys of our friendship, it was somehow biologically entwined.

However, school is not forever. Neither is staying a teenager, and one day it was time for me to leave town. I moved out, got my degree, completed my masters and tried to settle in with a job. Life took a strange turn with a lot of strange complications, and one particular complication among them was irregular periods. My cycle expanded and contracted as per its mood. Sometimes I wouldn’t bleed for straight 50 days and sometimes the bleeding started within two weeks of my last period. It seemed my period cycle was as confused as I was without her. And there was always that terrifying fear of vaginal infection or unwanted pregnancy, but fortunately, I was clear of both.

Years went by and even today my periods are as moody as me. It comes and goes as it wishes, it hits me hard and soothes me in its own time, and sometimes it is simply not there. However, amidst all of that there is one relief. When I called up my best friend, after coming back home due to the coronavirus lockdown, she told me, “My periods are on a swing. I can’t keep track. I haven’t been able to since 2013.” The year I left town.

Barnana worked with Nua in 2020 and 2021. She likes to time herself while reading and spends most of her evenings walking around the city, clicking pictures. She loves to watch old movies and has a habit of cutting out newspaper articles "just for decoration".
Articles

Signs your period is coming soon

An expert sheds light on how to come out